Check your most CO2-saving travel method

With outstanding architecture, vivid street art, and rich musical history, this German city has a great variety of sights that meet every taste.

Leipzig has a great tradition as a city of music, a lively present and an international reputation. Important musicians such as Johann Sebastian Bach, Felix Mendelssohn Bartholdy, Edvard Grieg, Gustav Mahler, Clara and Robert Schumann worked here, Hanns Eisler and Richard Wagner were born here. The city is home to numerous authentic sites of the lives and work of these important musical personalities. Leipzig is home to internationally renowned ensembles such as the Gewandhaus Orchestra and the Thomanerchor.

The Leipzig Trade Fair looks back on more than 850 years of history.

Right up to the present day, trade and the trade fair have determined the development of the city of Leipzig.

The Nikolaikirche Leipzig (St. Nikolai) became the symbol of the Peaceful Revolution in 1989. It is the place where developments took place long beforehand that triggered what is referred to as the "Wende" (turnaround) in the autumn of 1989. 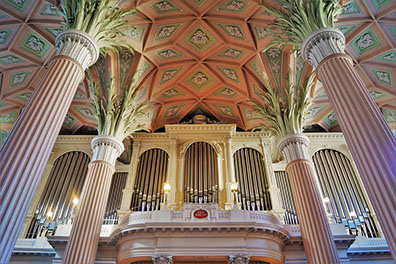 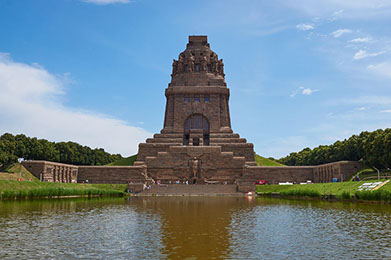 St. Nikolai & Monument of the Battle of the Nations

Leipzig has a lively, diverse independent arts and culture scene. It benefits from the city's rich cultural traditions and creative freedom as well as from culture funding. In Leipzig, more than 50 museums and collections await your visit. Come here and find out!